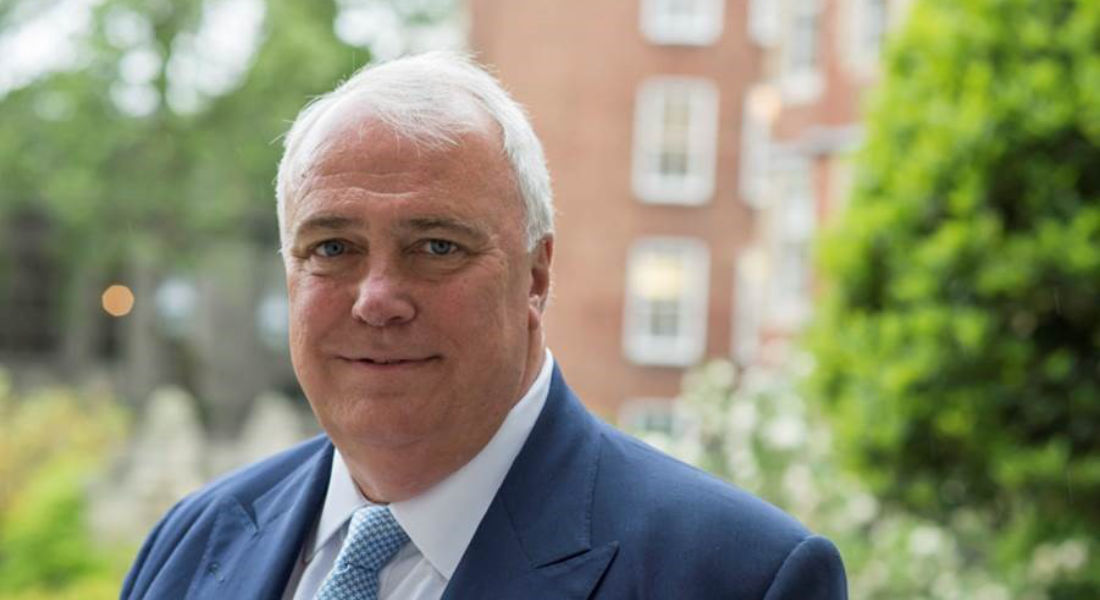 The day Paul Jenkins died so unexpectedly, the Inn went numb. It was not just the shock of having lost a Treasurer a mere few weeks into his year of office; it was the sense of having lost a very special person, someone to whom all could relate, indeed someone who took great pains to ensure that all could relate to him. The criterion for the “lift test” by which he judged people in senior positions was how they treated less senior people who found themselves in a lift with them. With his lively interest in people and his instinct for bringing out the best in them, he would have passed the lift test without any difficulty.

His many achievements are on public record and well-rehearsed: a long and distinguished career in the Government Legal Service, as it then was, culminated in his appointment as the Head of that Service when he became Treasury Solicitor in 2006, a role in which he remained until he left in 2014 to join Matrix Chambers.

One of Paul’s most significant traits was his ambition to bring the unconventional into the realm of the unremarkable, an attitude which eventually led to him becoming diversity champion in the Civil Service. This seemed a logical conclusion for a man who decided to come out at a time when official attitudes towards homosexuality were still fraught.

At the Inn, his passion for diversity translated into an effort to give students from underrepresented backgrounds the best chance to compete in the race for success in the profession. At one of the last meetings which he called, he sought the view of representatives of the Middle Temple Students Association on what the Inn could do to increase access to the Bar.

Today marks the third anniversary of his passing and for those who miss and mourn him still there would be no better way to honour his memory than making a contribution to his efforts to increase diversity among the Bar. The Sir Paul Jenkins Fund was created to continue his vision. see below to donate:

We use cookies on our website to give you the most relevant experience by remembering your preferences and repeat visits. By clicking “Accept”, you consent to the use of ALL the cookies.
Cookie settingsACCEPT
Manage consent

This website uses cookies to improve your experience while you navigate through the website. Out of these, the cookies that are categorized as necessary are stored on your browser as they are essential for the working of basic functionalities of the website. We also use third-party cookies that help us analyze and understand how you use this website. These cookies will be stored in your browser only with your consent. You also have the option to opt-out of these cookies. But opting out of some of these cookies may affect your browsing experience.
Necessary Always Enabled
Necessary cookies are absolutely essential for the website to function properly. This category only includes cookies that ensures basic functionalities and security features of the website. These cookies do not store any personal information.
Non-necessary
Any cookies that may not be particularly necessary for the website to function and is used specifically to collect user personal data via analytics, ads, other embedded contents are termed as non-necessary cookies. It is mandatory to procure user consent prior to running these cookies on your website.
SAVE & ACCEPT